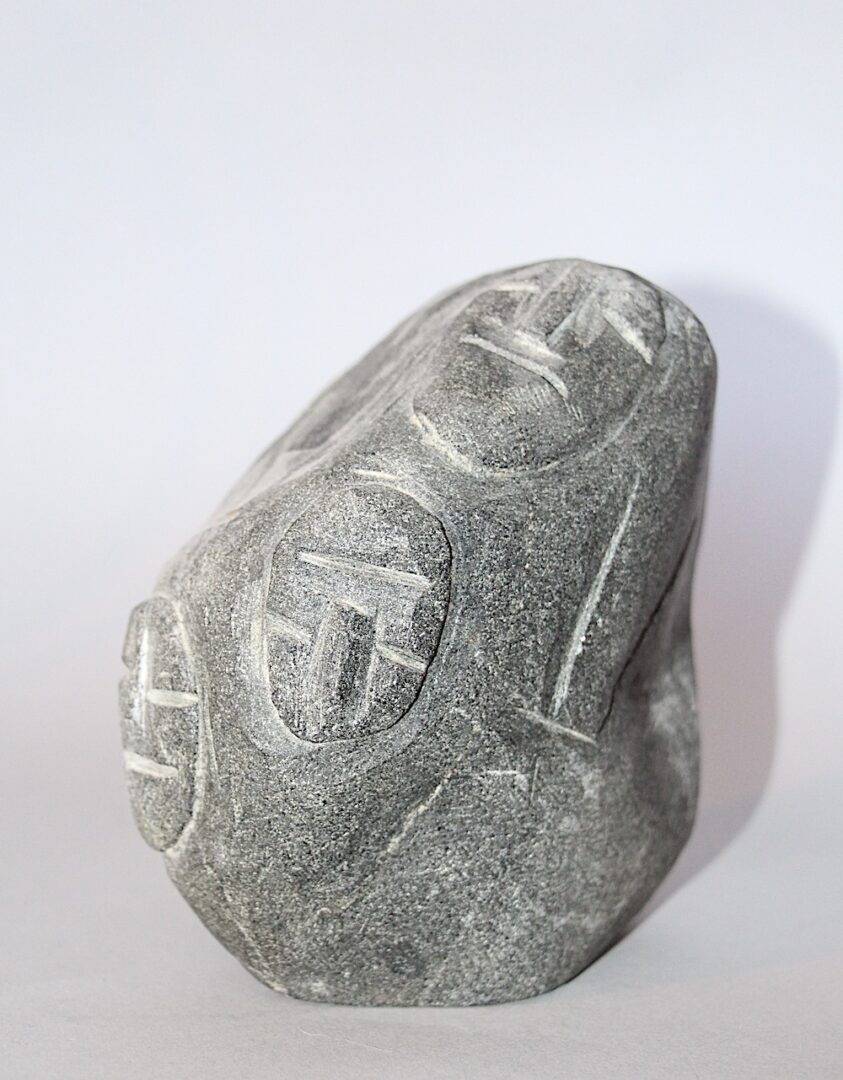 Lucy Tasseor Tutsweetok was born south of the Northwest Territories border. After marrying Richard Tutsweetok, in Rankin Inlet, in 1960, they settled in Arviat. She didn’t start carving until the early 1960s, when she was around 26 years old.

Lucy was inspired by the memories of sand drawings she and her grandfather – whom she considered to be the greatest influence in her life – made as a child. His sculptures, representing mothers and children, or family groups, are very distinguished and sculpted in a semi-abstract style in which the human figure is rarely defined in detail. Intrigued by “the imagination” in the form of stone rather than direct representation, the artist has maintained throughout her career a very distinct artistic voice within her community, and has inevitably gained recognition for its abstract forms as well as its minimal aesthetic.

Lucy worked the basalt very sparingly, leaving large, undulating surfaces uncut, decorated with incised designs. For Lucy, a plane of flat stone has as much expressive power as a face. As a result, she greatly contributed to the development of a school of abstract and elementary expressionism of Inuit art. Occasionally, Lucy would incise images on her sculptures, indicating an interest in graphic art. In her later years, she turned to drawing, filling sheets of paper with very colourful, almost abstract images. 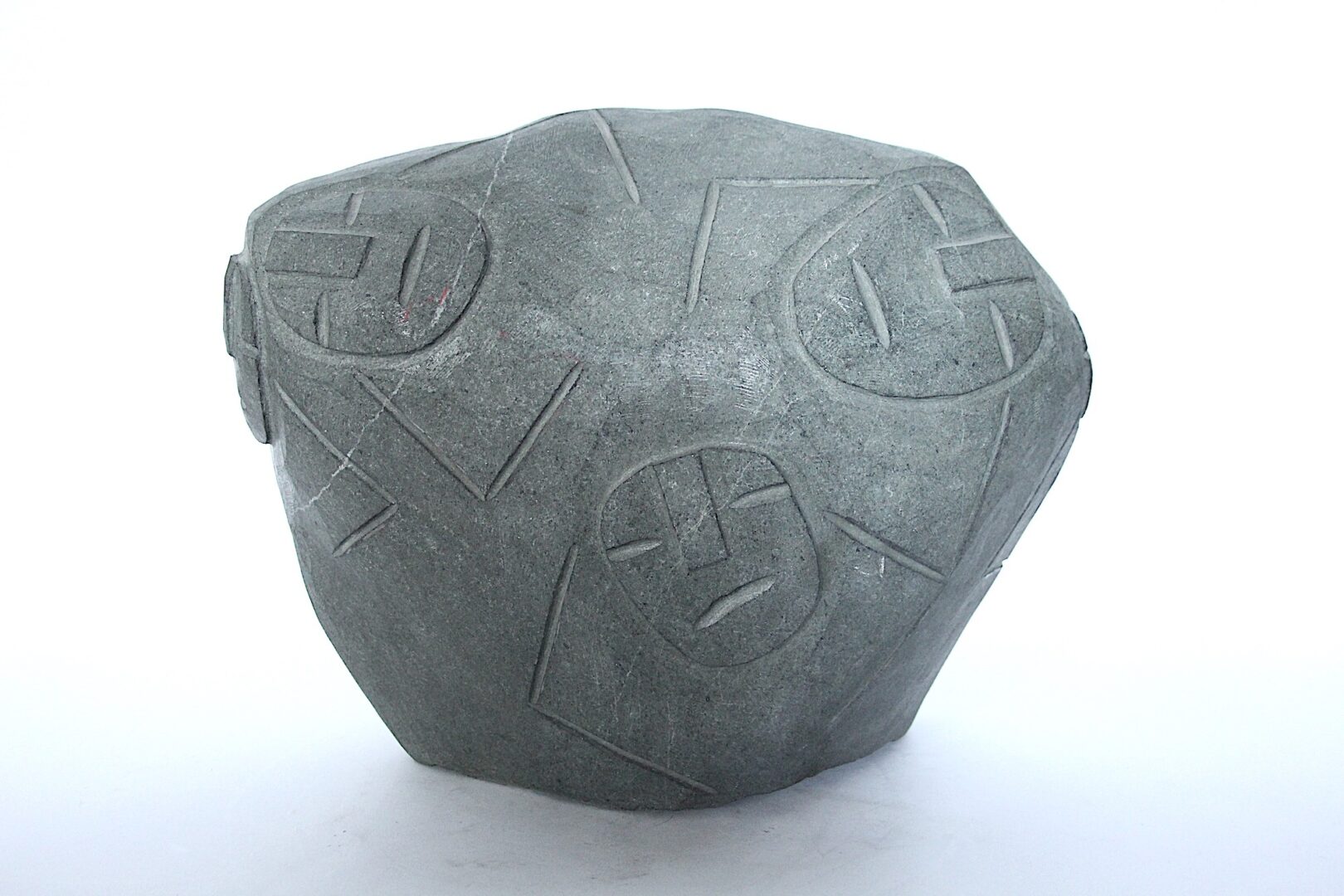