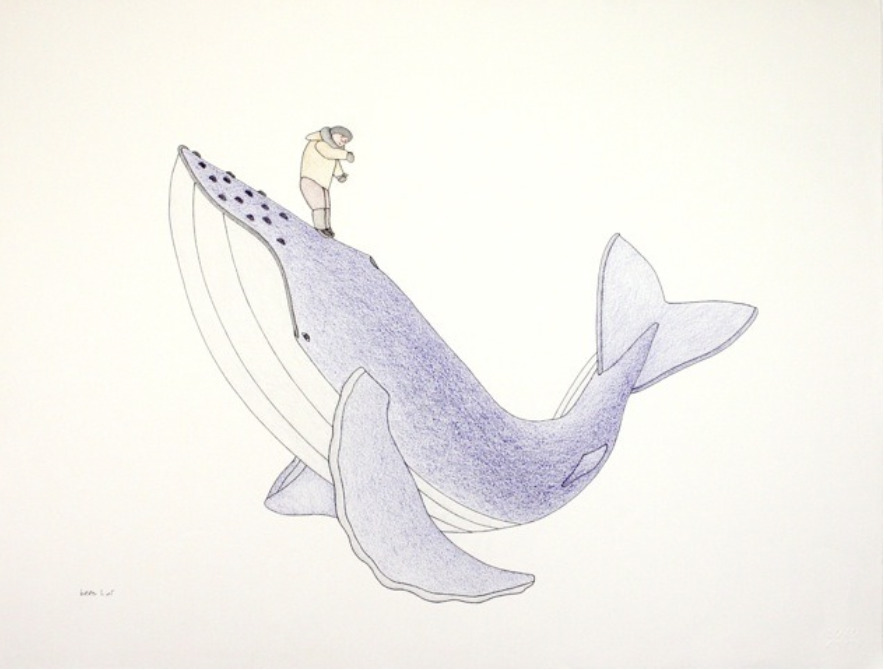 Qavavau Manumie was born in Manitoba where his mother, Paunichea, was hospitalized for treatment of tuberculosis. He returned to Cape Dorset as a very young child and has lived there since. Qavavau has demonstrated a range of stylistic abilities over the years – from the very literal to the more expressive. His work is idiosyncratic and often amusing in his depictions of Inuit legends and mythology, Arctic wildlife and contemporary aspects of Inuit life Qavavau is the latest among the second generation to attract critical acclaim from the contemporary arts audience in the south.

Qavavau Manumie and Shuvinai Ashoona have been profiled, along with Nick Sikkuark of Gjoa Haven, in the Winnipeg- based arts magazine, Border Crossings. He traveled to Toronto in June of 2008 for his first solo exhibition of original drawings, and in 2009 to Vancouver for another exhibition featuring his contemporary work. He was invited to attend an opening of his work in Victoria in the fall of 2012.

For several years Qavavau has worked for the Kinngait Studios as a printmaker – first in the lithography studio and more recently in the stonecut studio. He is an accomplished and precise printmaker who enjoys the opportunity to demonstrate printmaking techniques to young artists and visitors to the studio.

Qavavau Manumie lives now with his wife and son Peter in Cape Dorset. 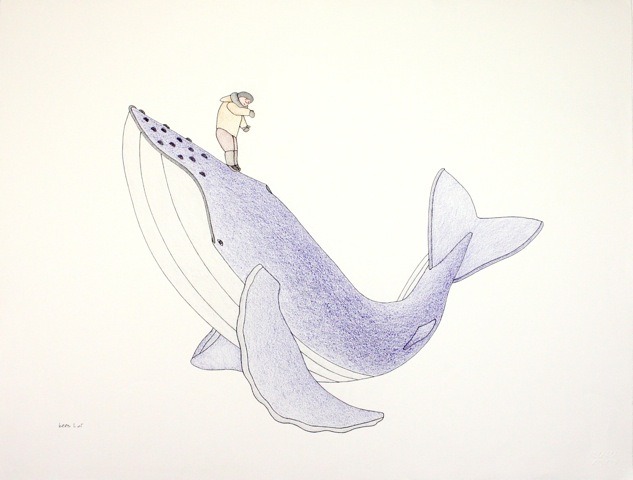