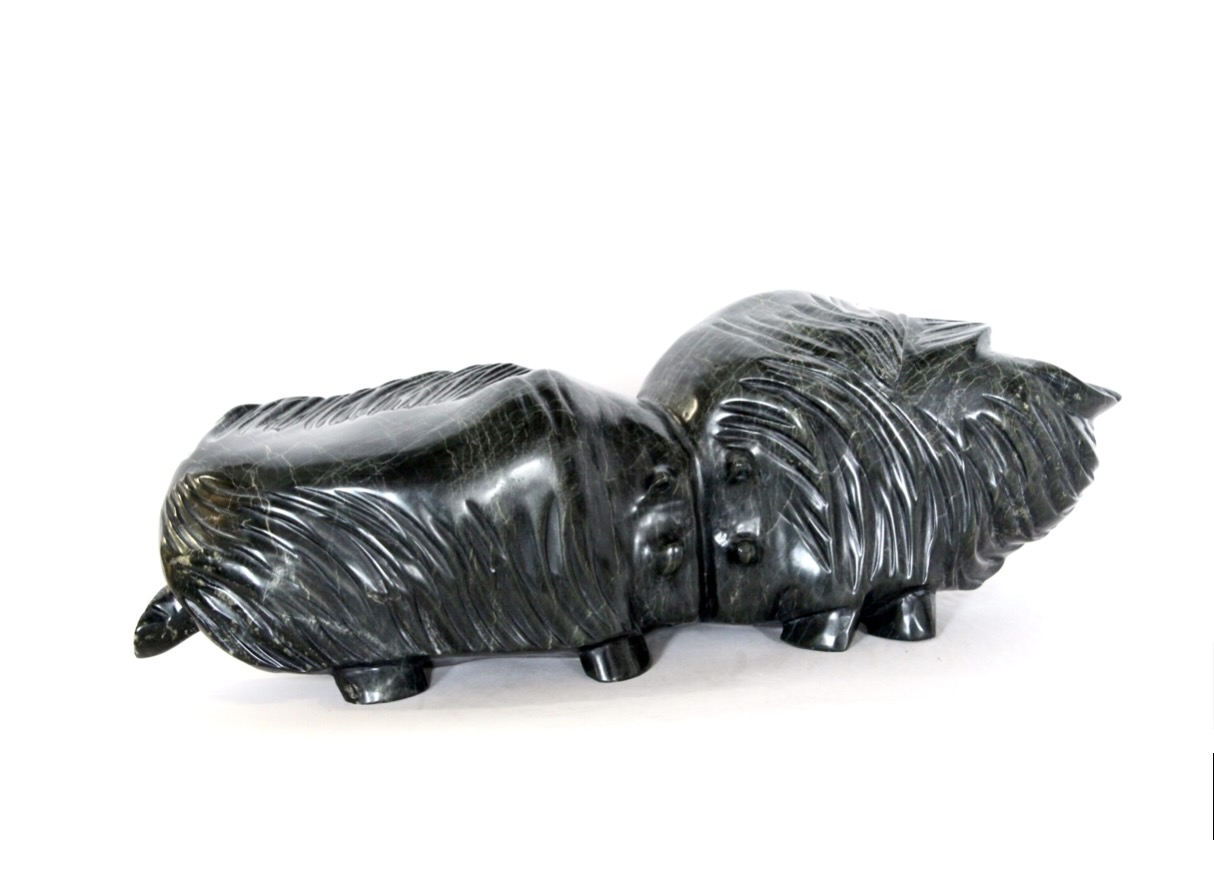 A son of tribe leader Pootoogook, Kananginak Pootoogook (Kanaginak; Kanaginaq; Pootoguk) trained in 1957 as one of the first print makers. Since then he has contributed to virtually every Cape Dorset annual print release. He is famous for his careful renderings of birds, which earned him the nickname “Audubon of the Arctic.” He was included in the important 1971-73 international touring show “Sculpture/Inuit. Sculpture of the Inuit: Masterworks of the Canadian Arctic.”

For his most recent work, Kanangiak Pootoogook embarked on a series of detailed narrative drawings that depict both traditional and contemporary Inuit life. He has received many honours, including the prestigious election to the Royal Canadian Academy in 1980 (RCA). His work is widely exhibited and held in many national and international collections, including the National Gallery of Canada and the Metropolitan Museum of Art in New York. 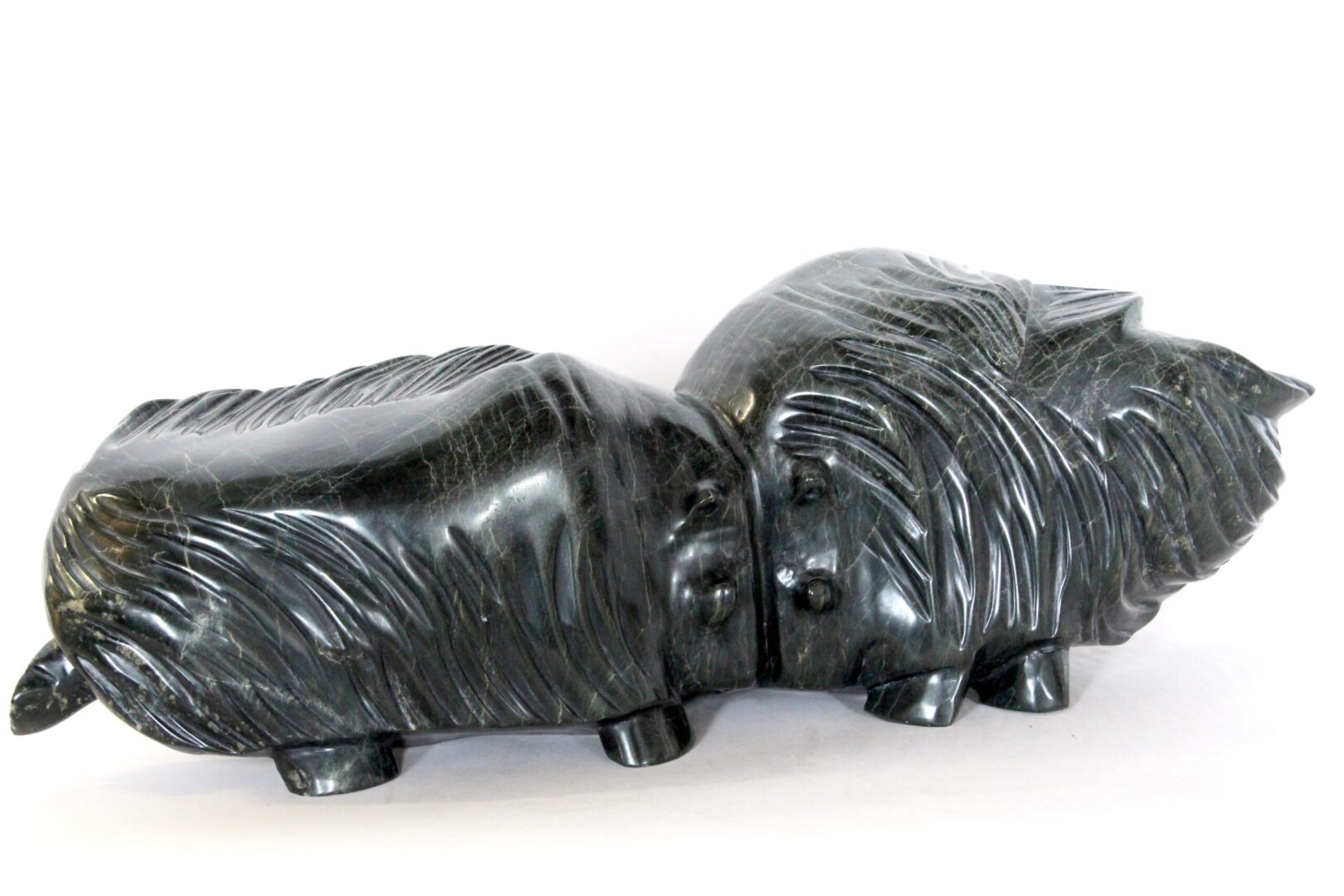 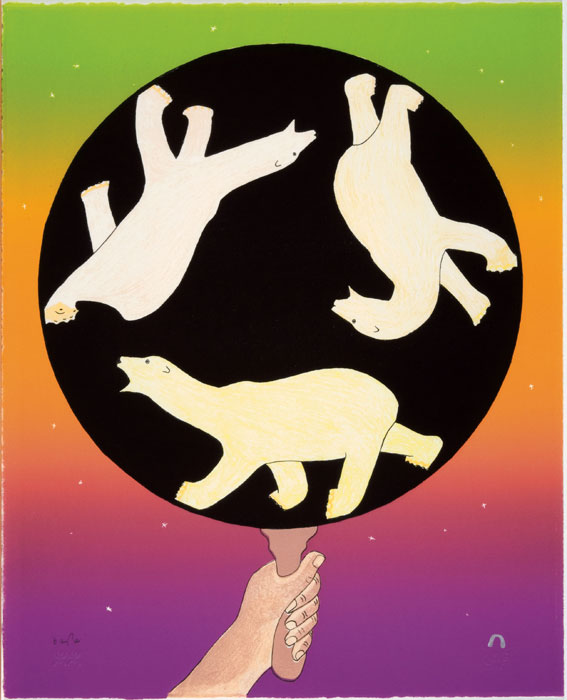 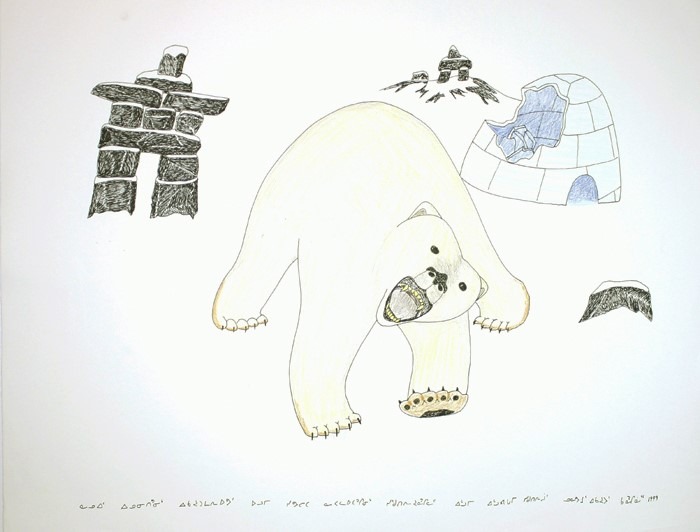 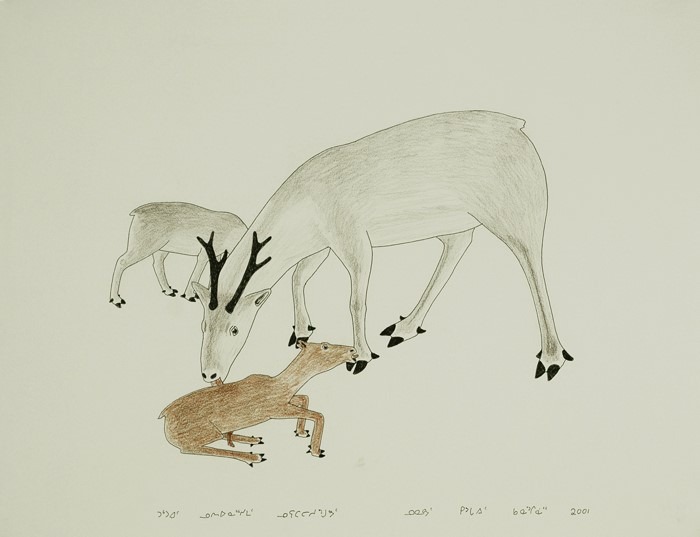 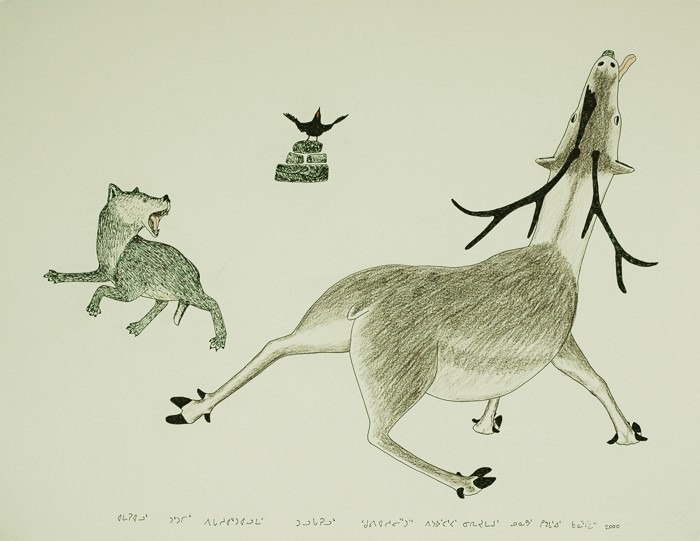 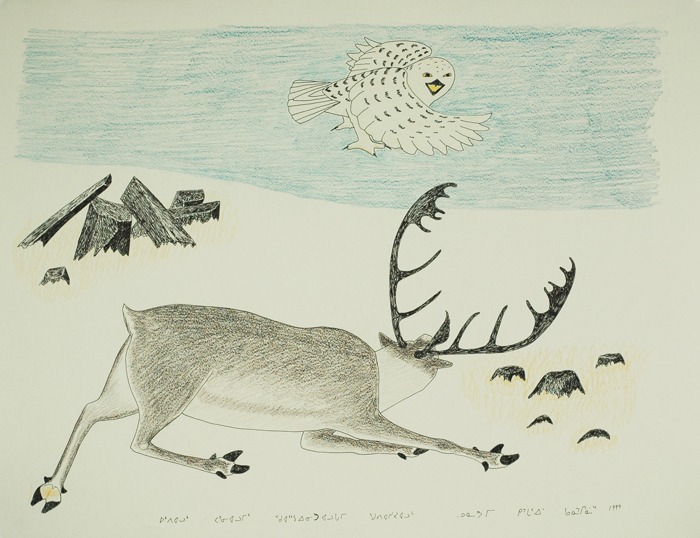