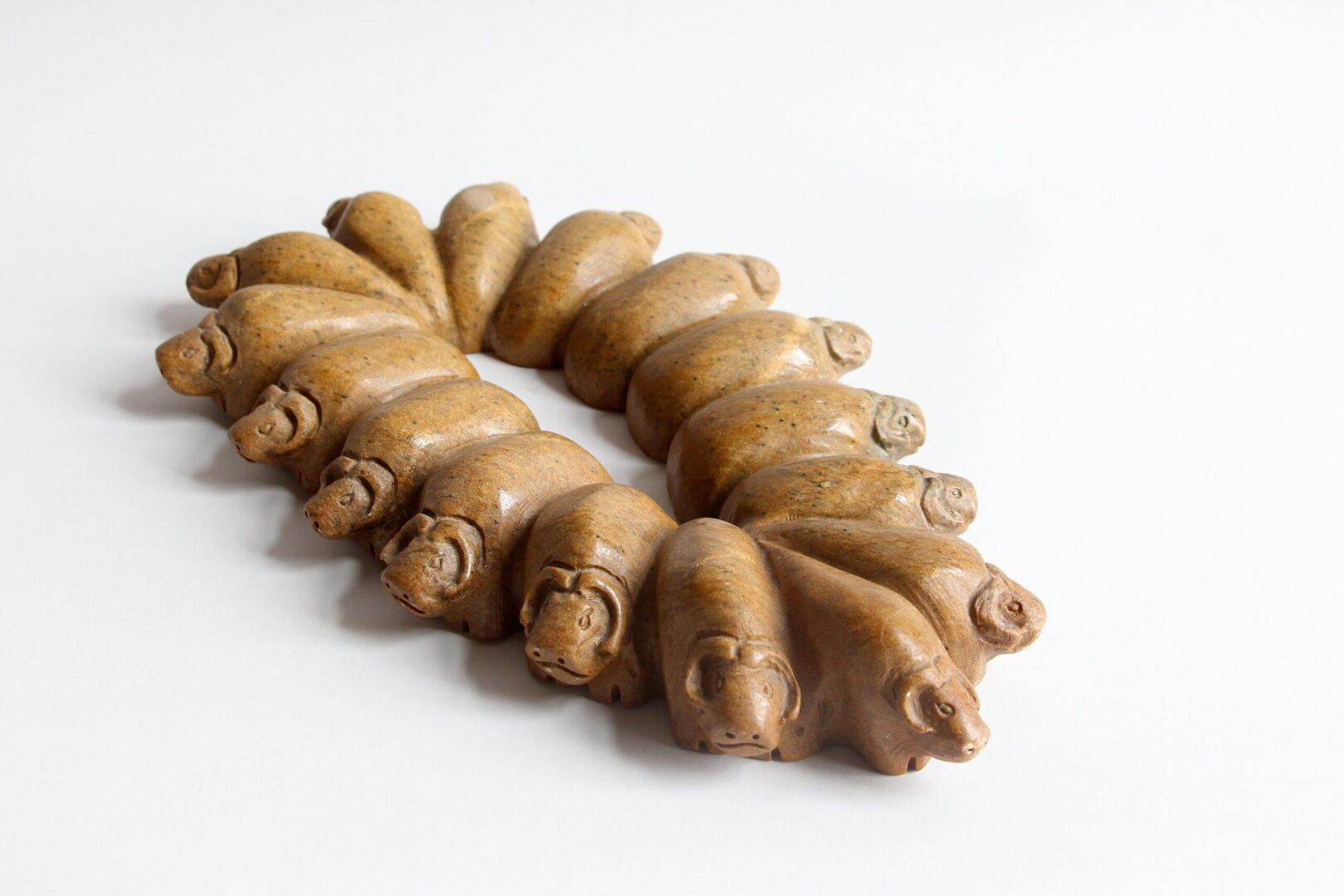 Jonasie Faber spent his youth in a number of villages in Southern Greenland. Very restless at 15 years old he followed his heart to the sea on a square rigger named “George Stage”. Jonasie spent the next several years at sea and eventually earned credentials as a Deep Sea Navigator through the Danish Navel Academy.

Jonasie Faber became a harbour master in Greenland. After two years he set out again – seeking new adventure. He arrived in British Columbia in 1974 and established an art business. Jonasie soon discovered that not only did he have an eye for fine art, but was capable of creating it too.

Needing soapstone to sculpt, Jonasie went prospecting and established several claims from where he harvested his stone.

Jonasie’s Faber sculptural style is rooted in a love of naturalism and an interest in both wildlife and the spirit world, but has incorporated a love of the flamboyant, the dramatic expression, and the decorative. Jonasie has experimented with many different types of stone he came across on his numerous journeys, but his carving method and tools remained traditional.

Jonasie Faber is one of the most prominent Inuit artists from Greenland. He had shows in Edmonton, Vancouver, San Francisco, Los Angeles, Washington, D.C., Germany, France, etc. He has also worked with UNESCO in Paris, France, and his sculpture features in many important collections worldwide: Government of Greenland Collection, Canadian Museum of Civilization, Ottawa, Royal Danish Family Collection, and many others.

We can find Jonasie’s Faber artworks in permanent collections, such as The Government of Greenland Collection, The Canadian Museum of Civilization, Ottawa and The Royal Danish Family Collection. 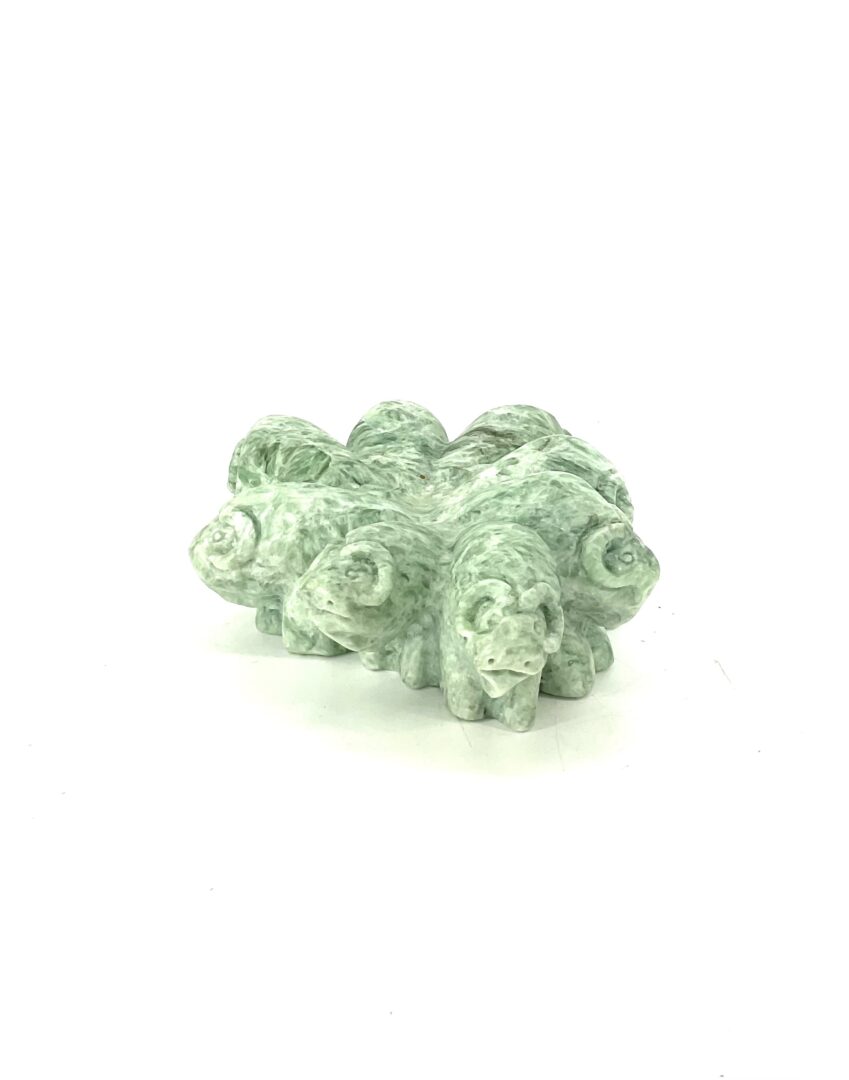