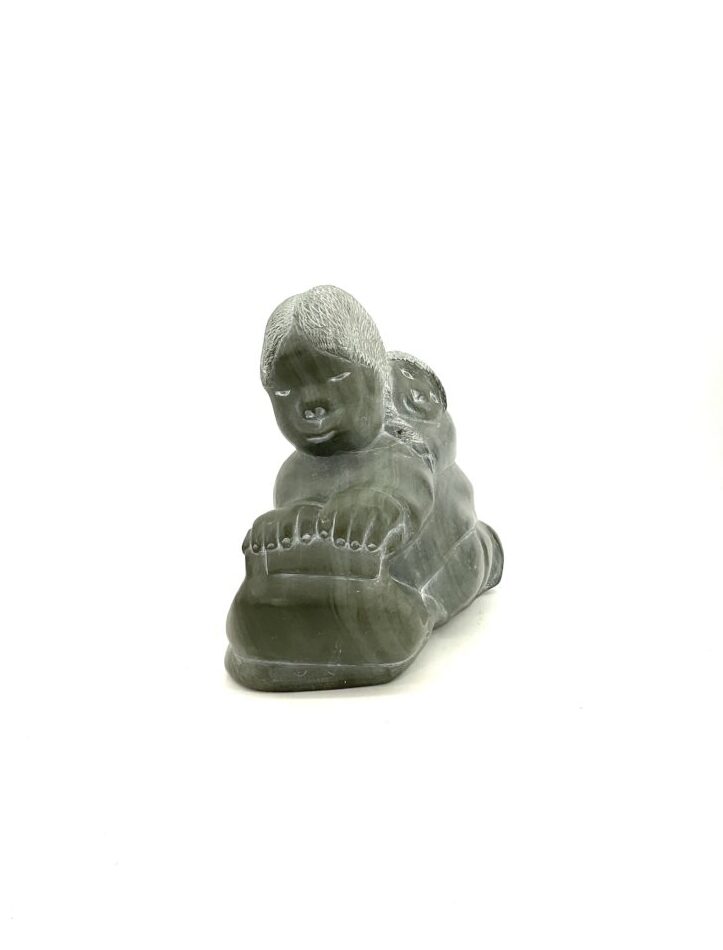 Johnny Inukpuk began carving in the early 1950s while living on the land. James Houston, an artist, author and filmmaker who played an important role in promoting the recognition of Inuit artists, encouraged him to continue carving; “The carvings back then used to be really cheap. Saumik [James Houston] was the one who encouraged people to carve, so I did. Carving gave us independence. . .” (Inukpuk in Inuit Art Quarterly 1998:30).

Johnny Inukpuk’s themes are childrearing, domestic and hunting activities. Inukpuk’s wife, Mary, had a hare-lip, which he depicted in several of his sculptures of mother-and-child. The drilled eyes of his earlier works were eventually replaced by soapstone and ivory inlay; black eyes were made from melted vinyl records. In 1953, Inukpuk began carving green stone. His characteristically shiny, round heads began to appear in 1954.

In 1973, Johnny Inukpuk was elected a member of the Royal Canadian Academy of Arts (RCA). 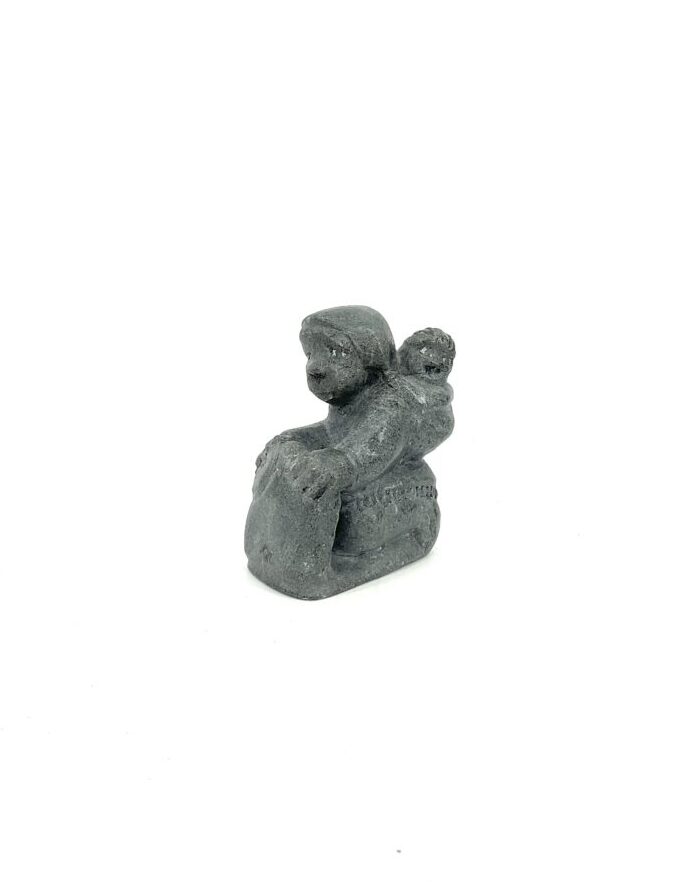