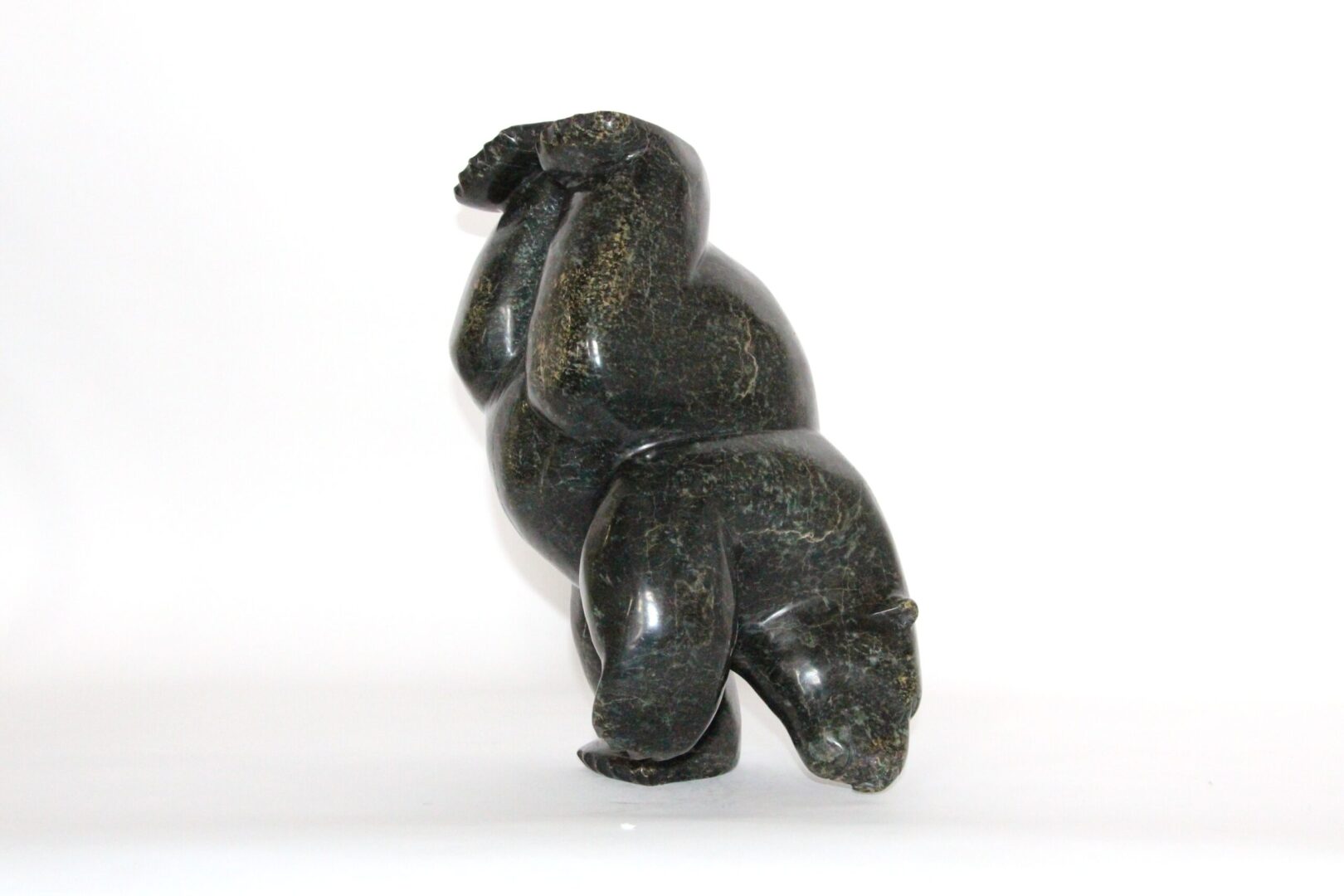 He comes from a family of talented artists. Petaulassie has become recognized for his sense of whimsy and technical ability as a carver. Although young, Issaci shows considerable promise as a sculptor and has inherited his family’s artistic gifts.
He is known for his dancing bears that will often have multiple balance points in a manner that it allows his carvings to take the form of both a dancing and a diving form. His bears are attractive, detailed with natural facial features and display well executed compositions.

He studied Fine Arts, Crafts and Metalwork at the Nunavut Arctic College, in Cape Dorset. His graduation work is now part of the Nunavut Arts and Crafts Association’s collection. 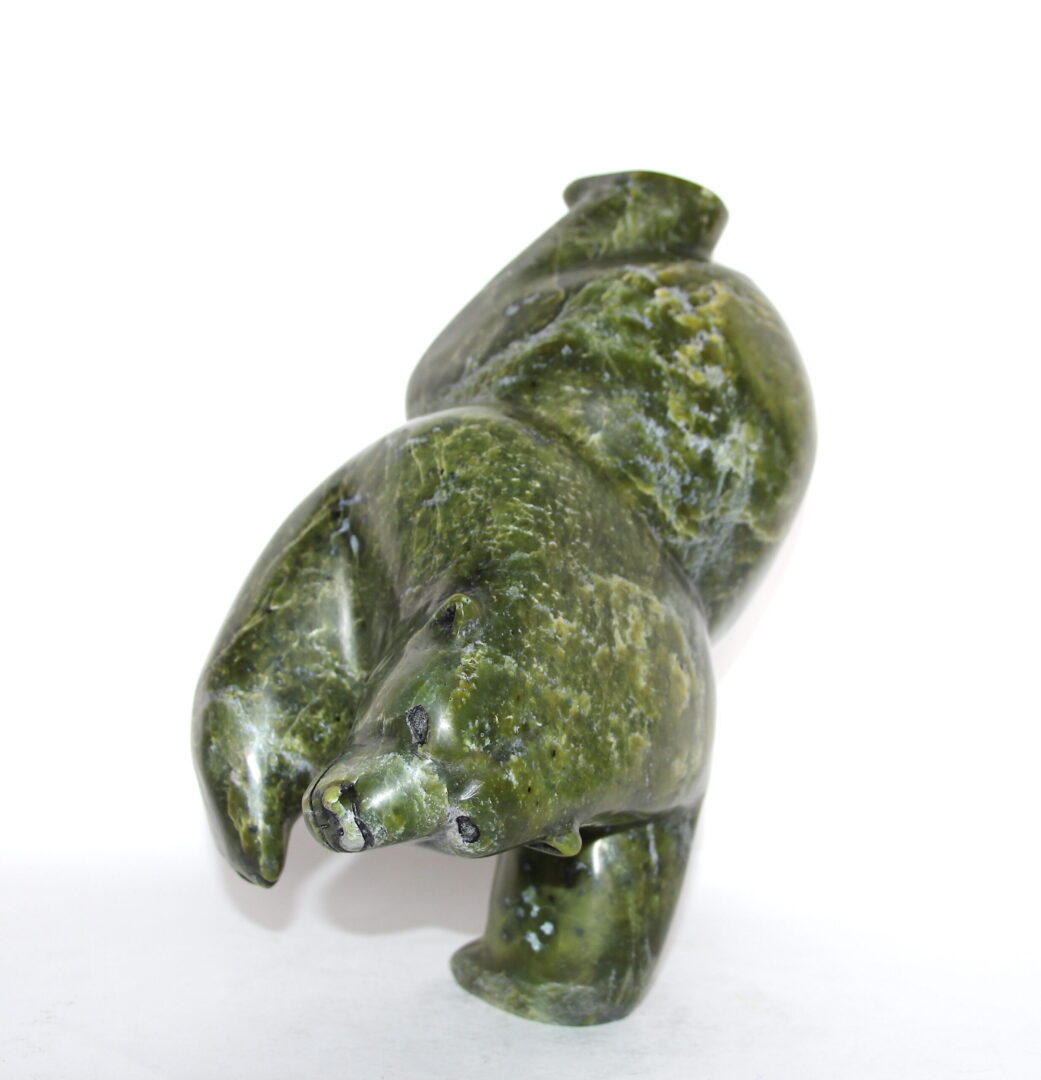 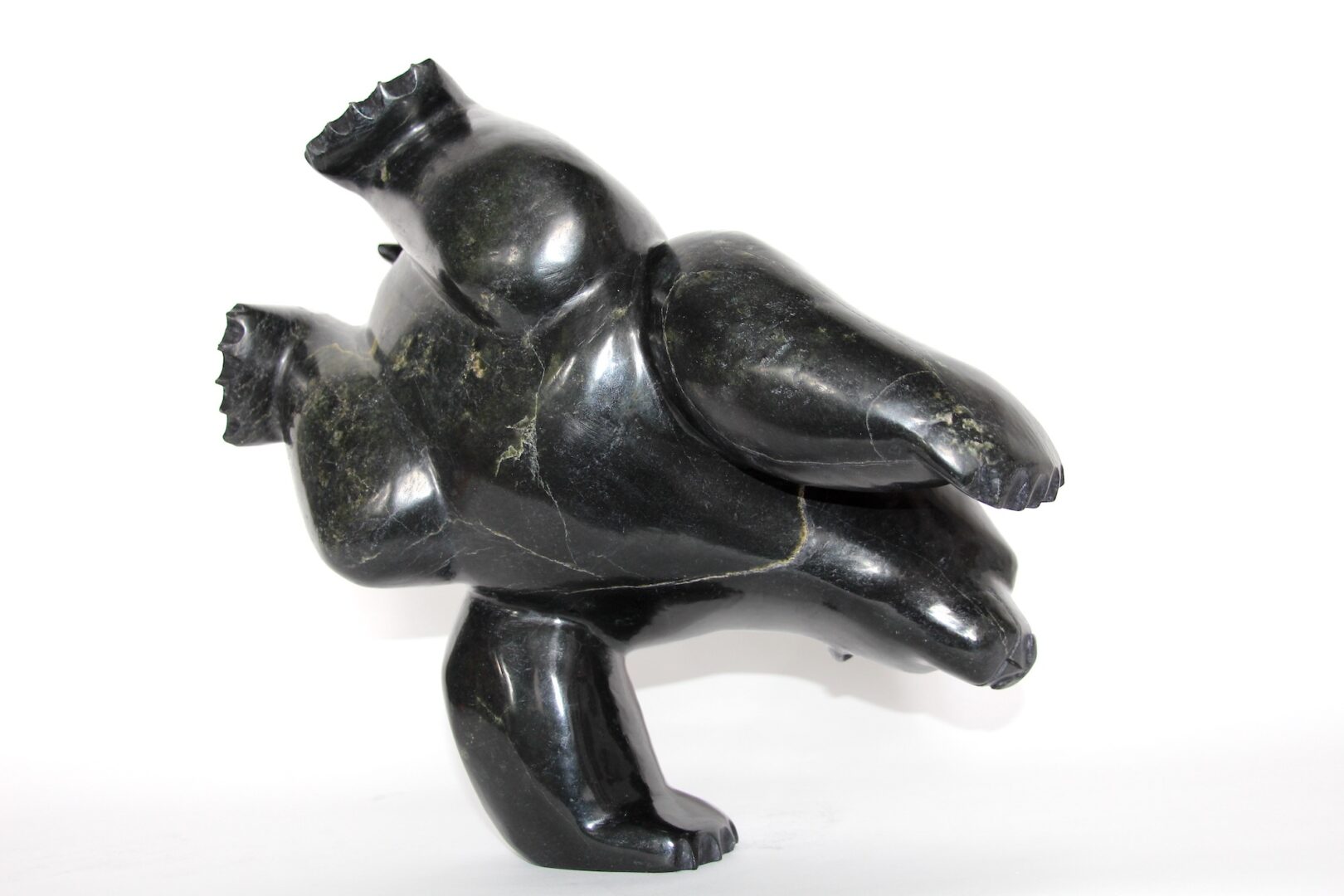 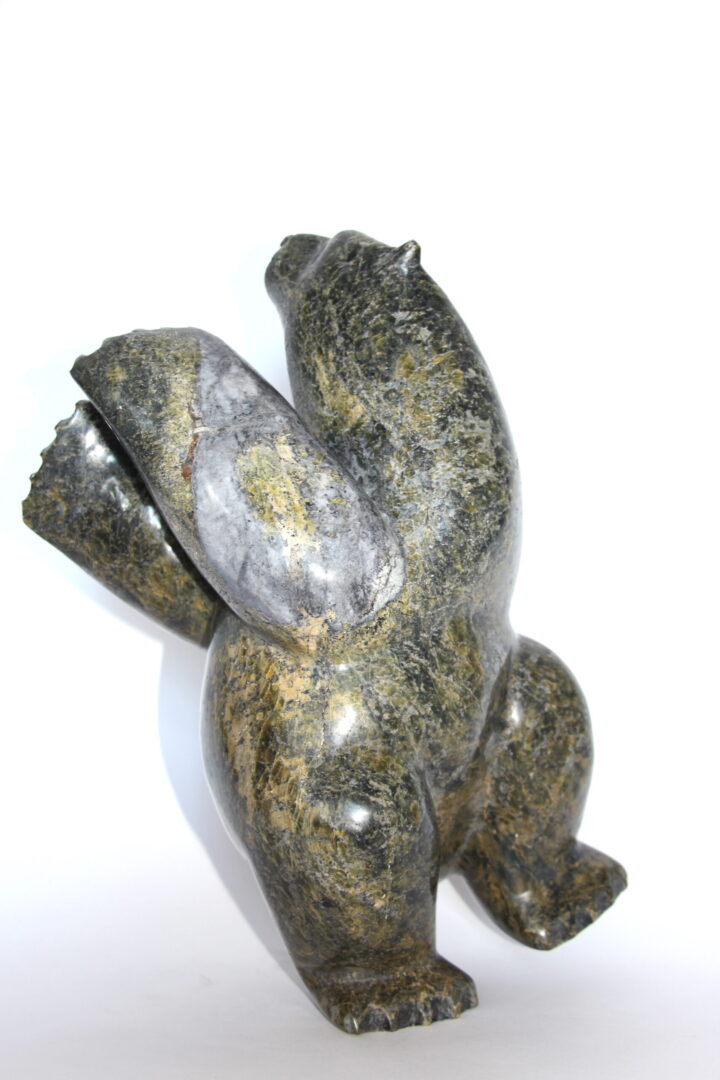 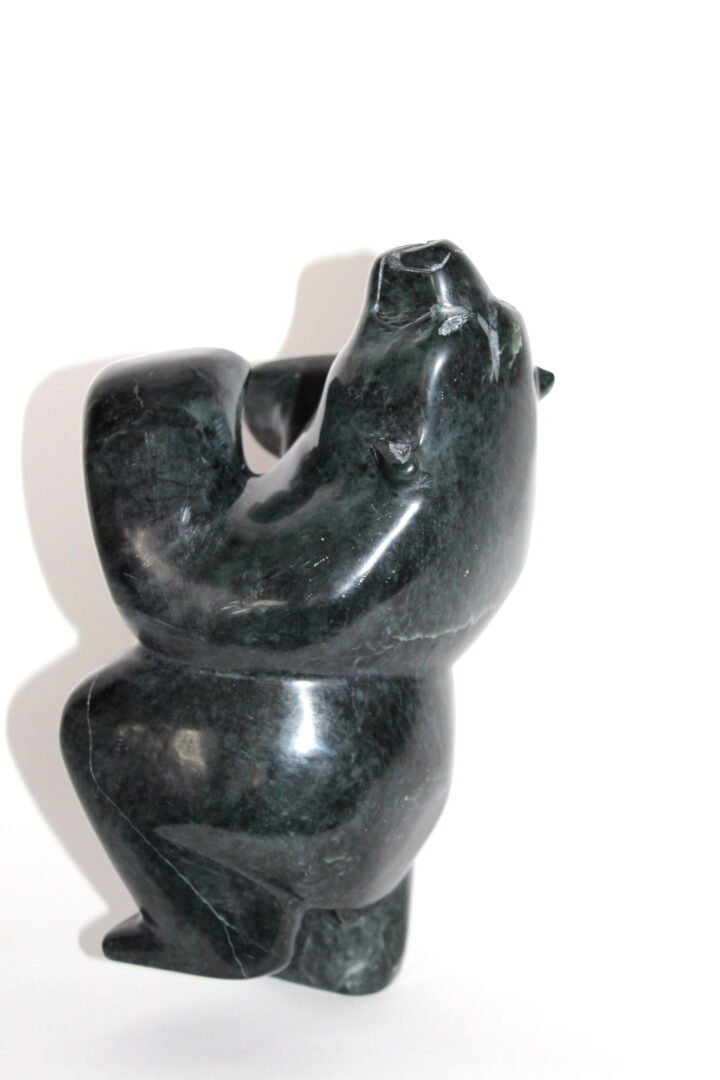 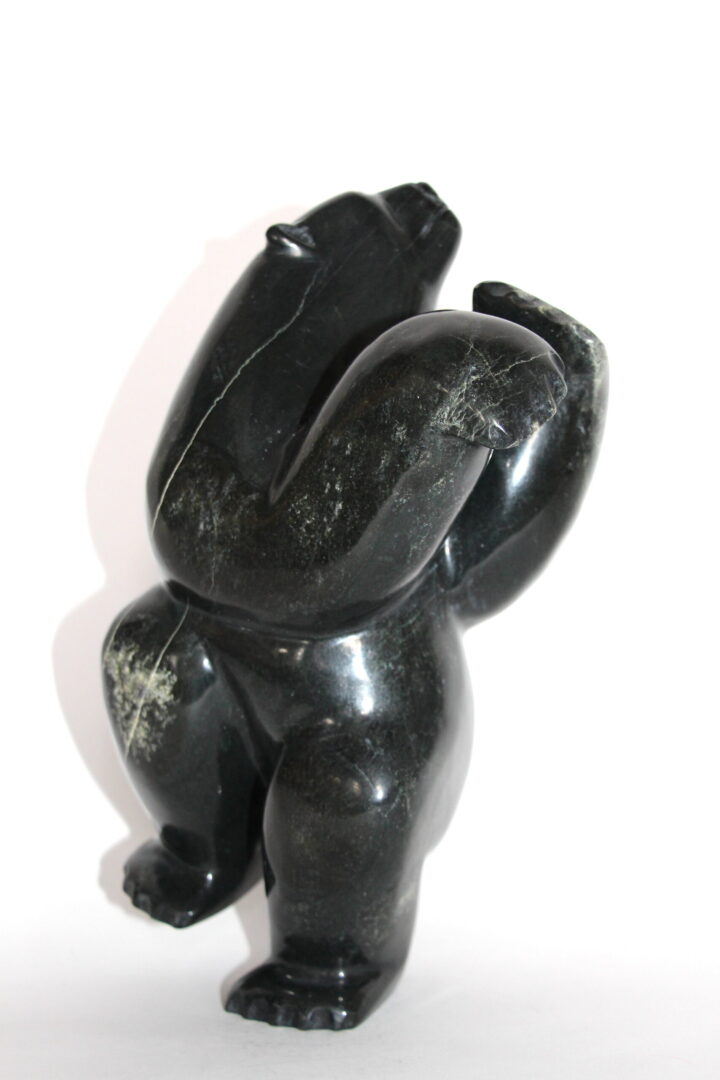