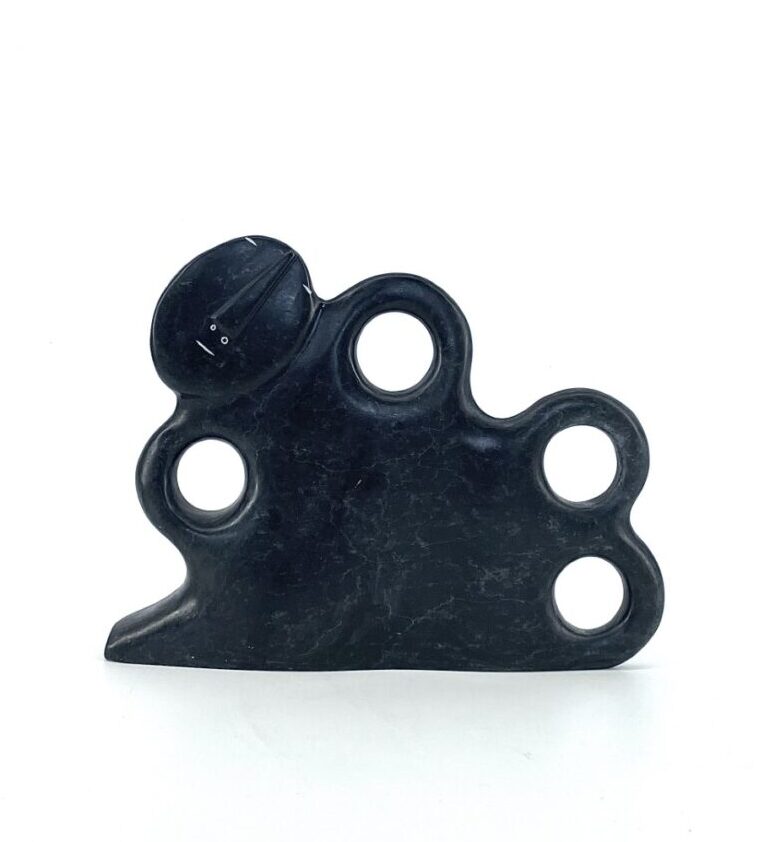 George Arlook began to teach himself how to carve soapstone at age 9. In the 1960s he was influenced by sculptors Tiktak and Kavik and John Pangnark.

By the mid-1970s he had developed a unique style of semi-abstraction. George Arlook depicts single figures such as hunters and mothers with babies in their hoods. Most often he groups figures together to form abstracted compositions of gently curving forms that undulate rhythmically.

George Arlook’s sculptures often have antler parts added that protrude in complex patterns from the stone.