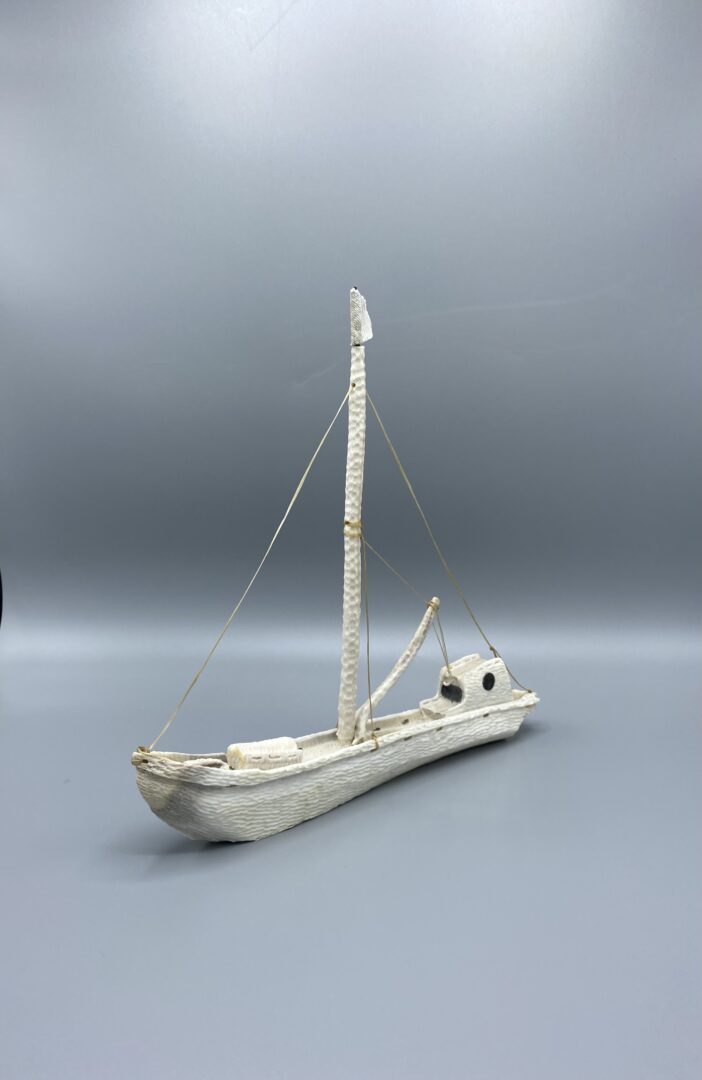 Daniel Shimout grew up watching his father, Anakudlak Shimout, sculpt. Through the latter’s enterprise, Daniel discovered various tools and techniques. This inevitably influences some of the processes that Shimout uses today. Daniel Shimout has been sculpting for over 25 years now as he began to learn the art of sculpture when he was only 16 years old.

He began by mastering the carving of boats and small pieces of ivory. Lately the artist’s work has taken on more spiritual themes, as has; Sedna and the Shamans.

Daniel Shimout’s work is not a question of size. His art is recognized as being astonishing for its fine detail and meticulous execution. Many of his characters have teeth as well as nails. When wearing clothes, the latter are incredibly detailed and include buttons and belts, although they are only a few inches tall.

Daniel Shimout has had several gallery and museum exhibitions.