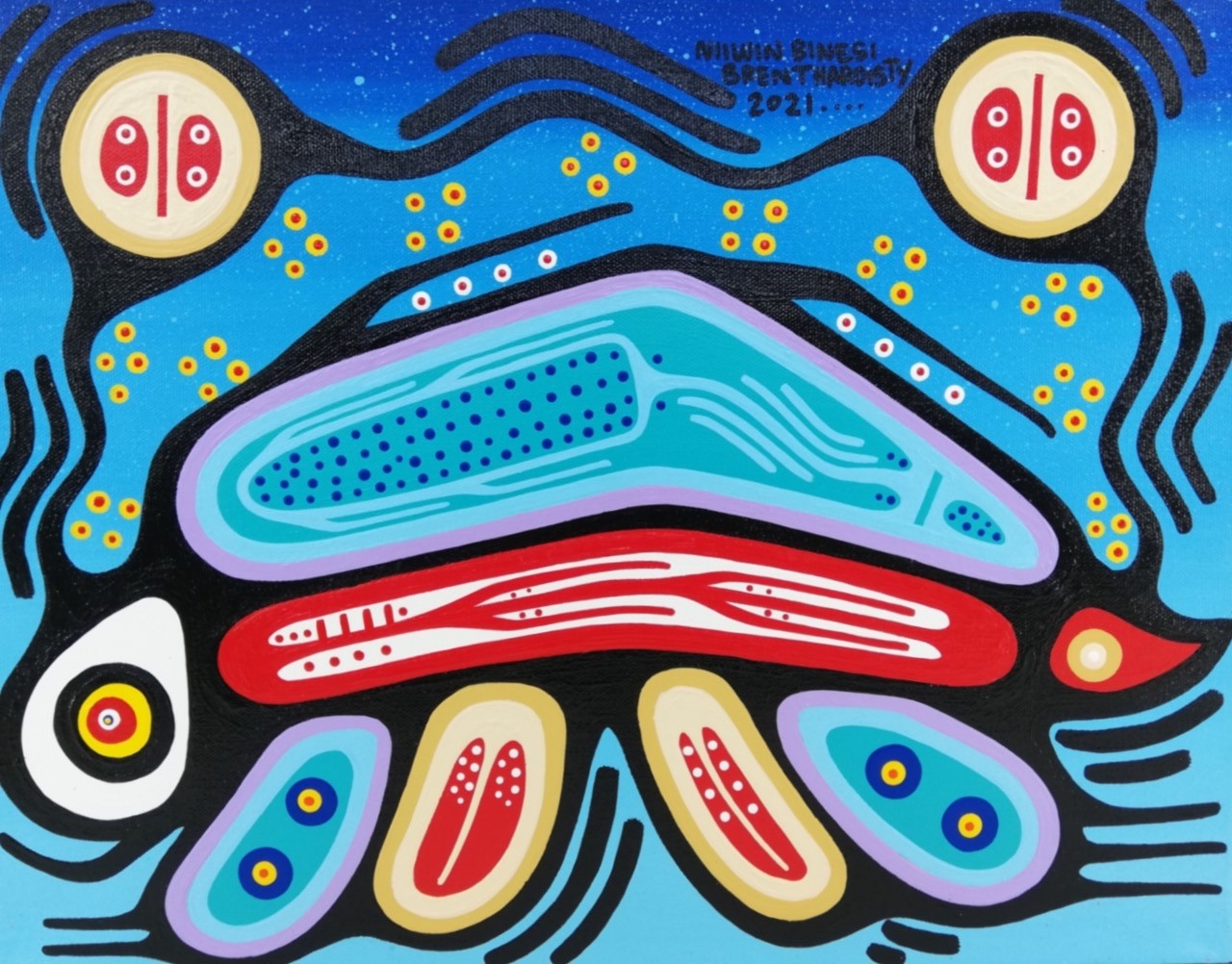 Brent Hardisty is a woodland style painter who works in acrylics on canvas. His spiritual name is Niiwin Binesi translated roughly from Anishnaabemowin means Four Birds.

Brent grew up on Sagamok, First Nation in Northern Ontario. He lived in the city of Toronto in his earlier years and was highly influenced by the graffiti sub-culture. He eventually made a name for himself within that scene and moved onto painting murals for organizations and businesses.

This current style and medium was influenced by his bringing up in a first nation community in Northern Ontario and of course the iconic Norval Morrisseau. The area where he is from is home to many very talented and admired artists such as James Simon Mishibinijima, Daphne Odjig and Leland Bell. These pictures depict deep spiritual significance yet they always beckon the viewer to look inside themselves. For there is much to be said of the individual and their own interpretations. Much like our dreams or the colors and symbols placed throughout the work.
​ 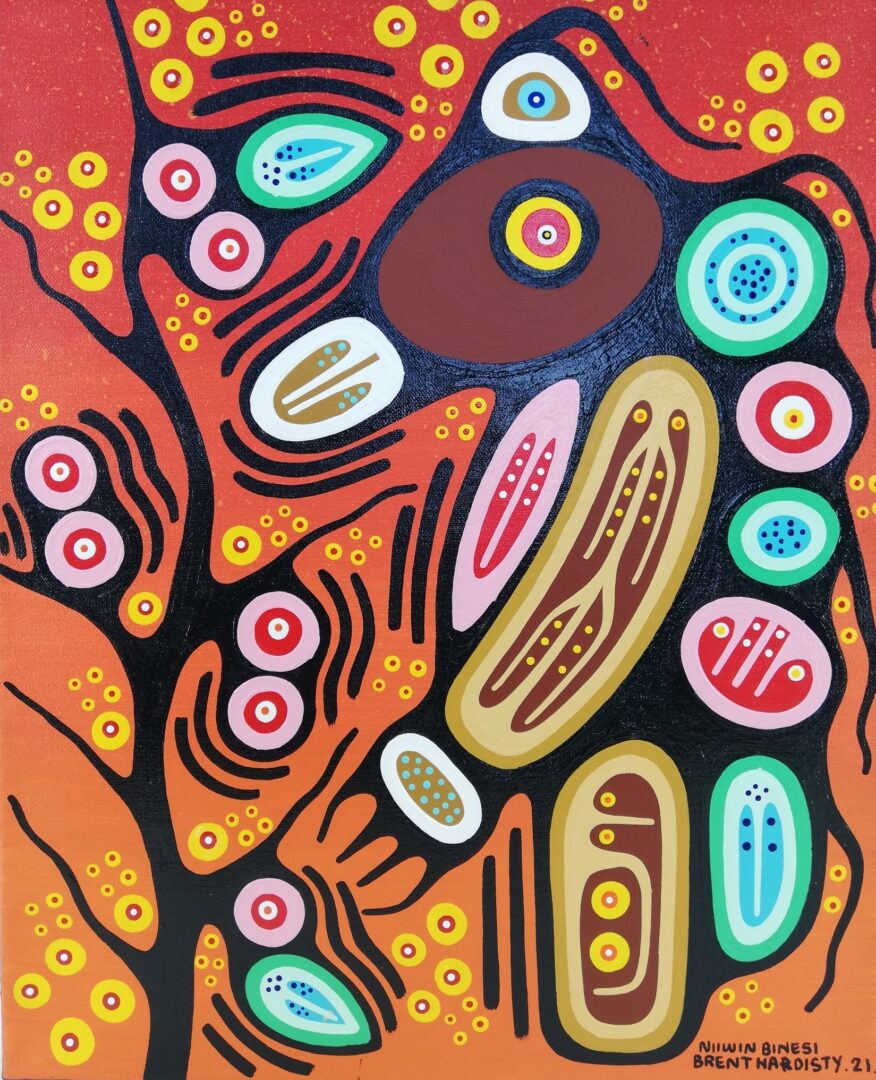 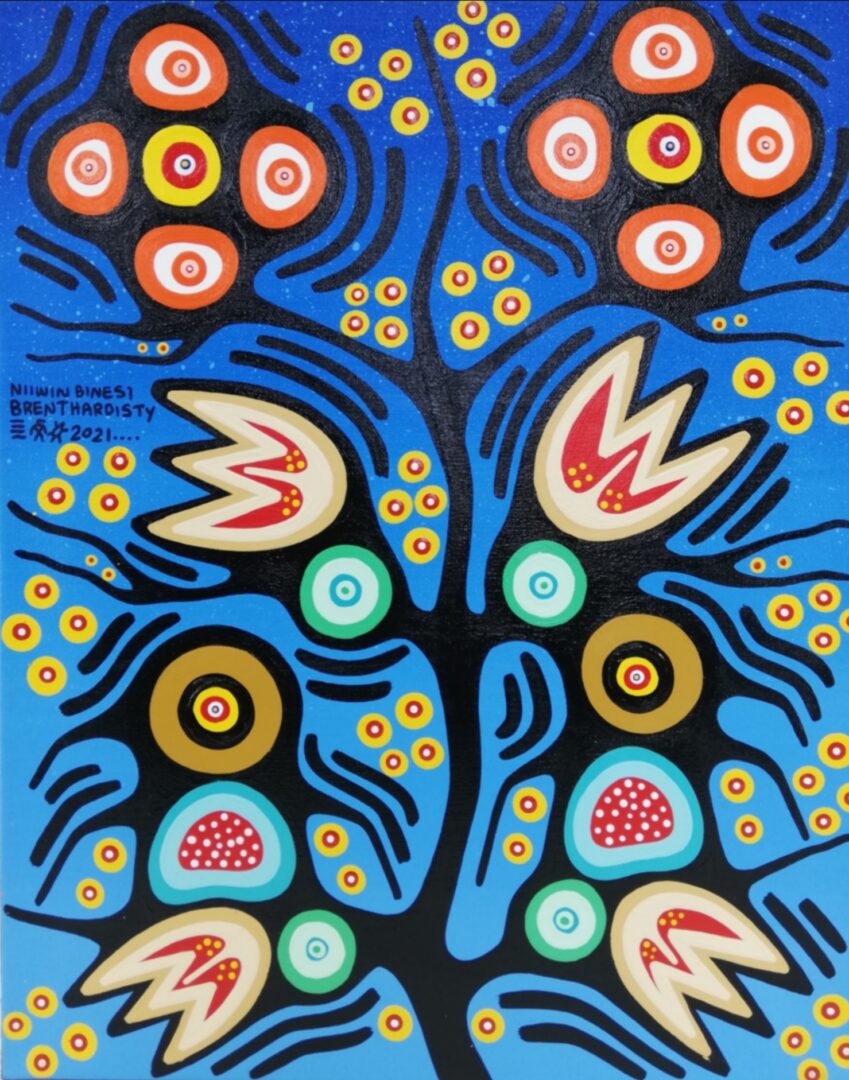 Baby Thunderbirds on Branch of Tree of Life 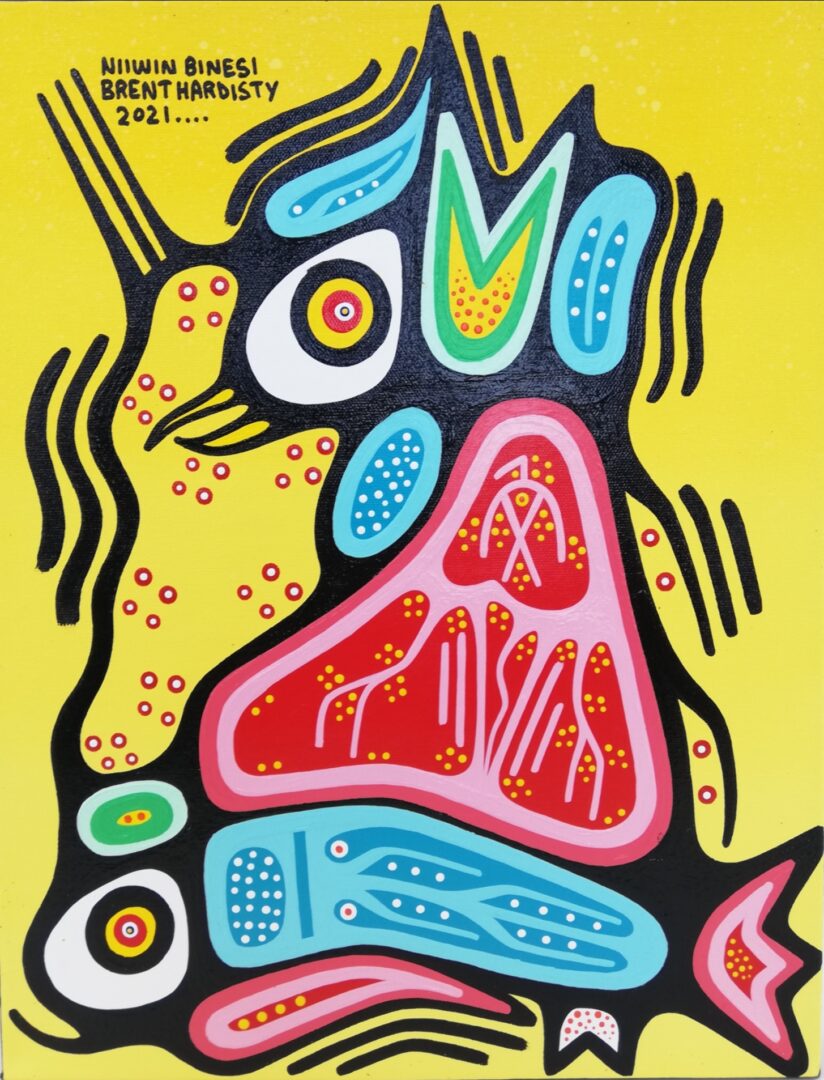 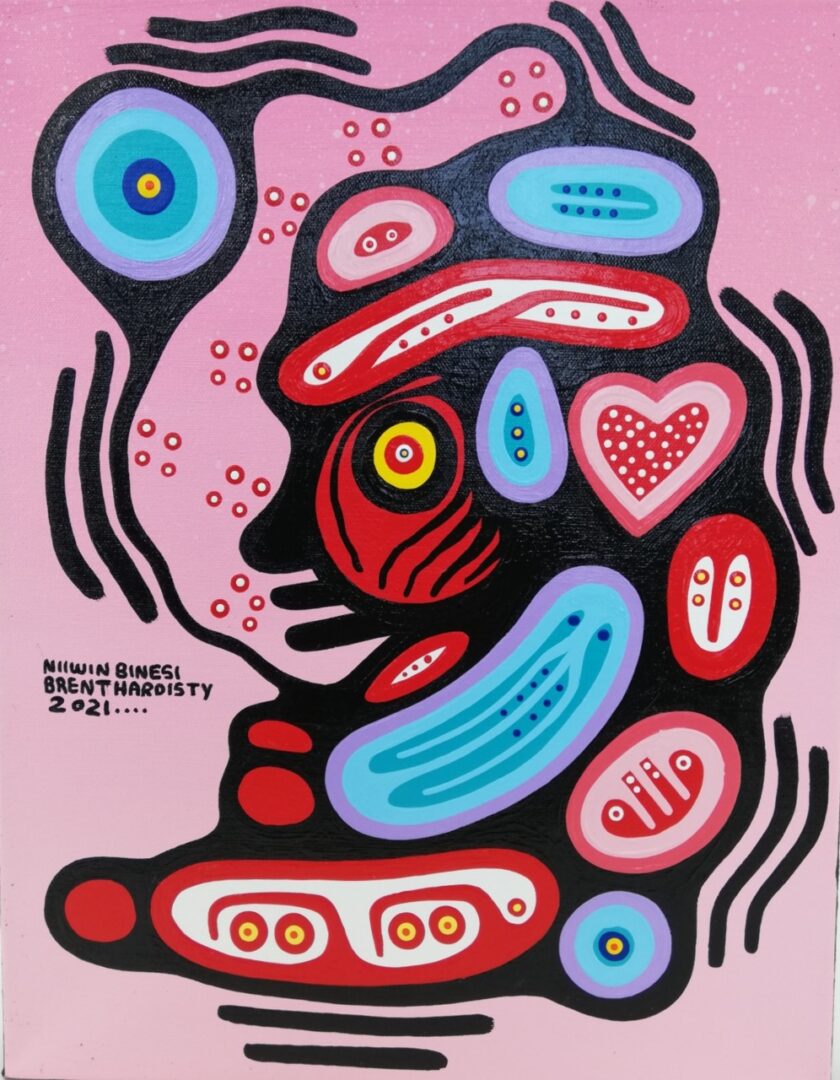 Chief of the Land and Waters