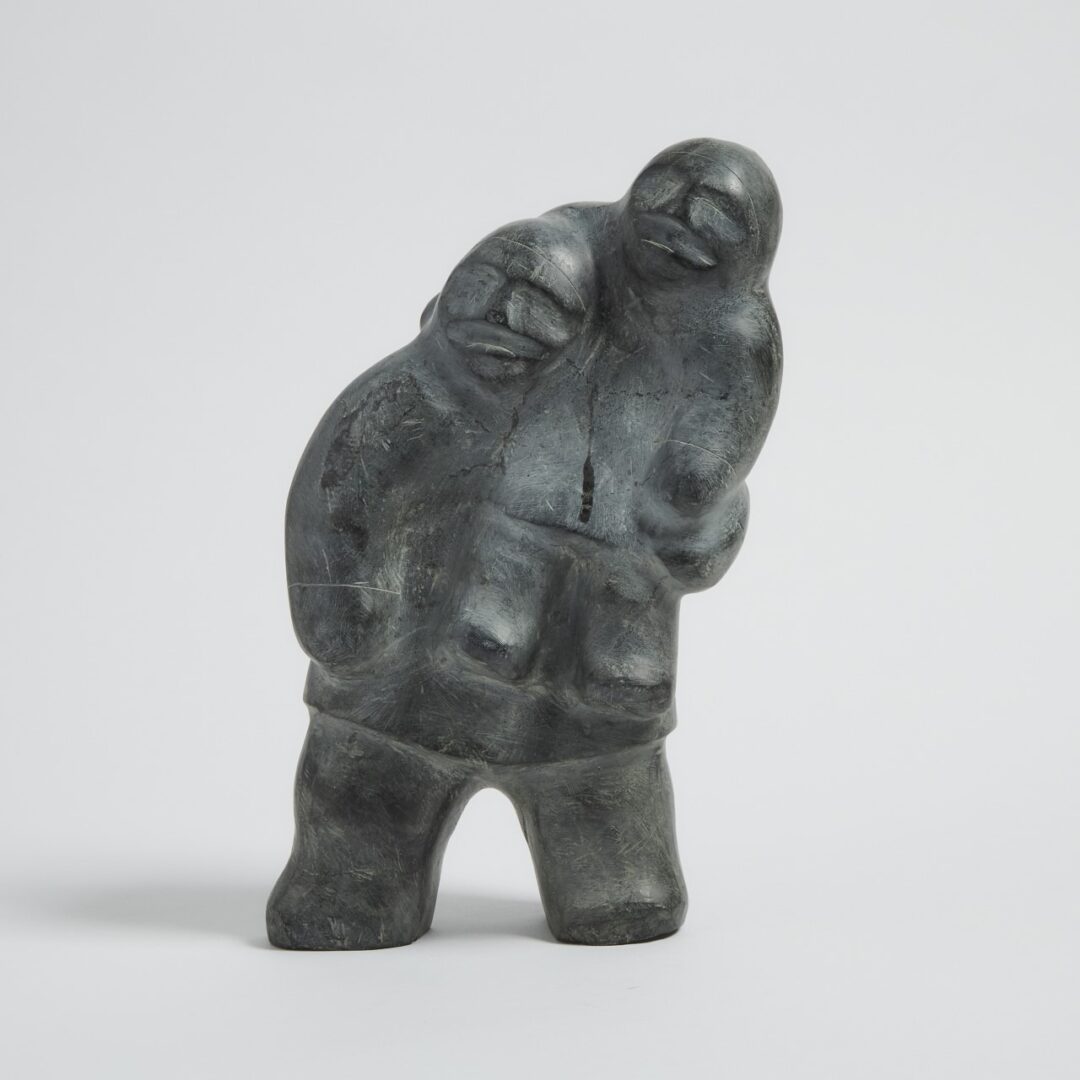 Barnabus Arnasungaaq (Akkanashoonark; Akkanarshoonak; Angrnasungaaq; Arnasungaaq; Arknasungark) was one of the first participants in his community’s sculpture program in the early 1960s. His work has had a great influence on his community and on the art of the Keewatin for more than four decades.

Barnabus was married to graphic designer and sculptor Fanny Arngnakik. Their sons David and Norman are also sculptors.

Although he created a number of prints and drawings during his career, Barnabus is first and foremost recognized as an important figure in contemporary Inuit sculpture. He continued to make works that embody that wonderful ideographic quality that we have come to associate with the artistic communities of the tundra.

The hard black basalt stone, unique to the Lake Baker area, is not a stone that easily lends itself to punctures or small details. However, Keewatin artists define easily identifiable personal styles, where the emphasis is on tactile quality, monumentality as well as in the timelessness of the image. Barnabus prefers to use simple hand tools that allow him to fully feel the stone and its natural materiality. He even avoids the use of masks or safety glasses that obscure his ability to work. The artist’s sculptures have an enduring stoic quality as well as a remarkable presence, which quickly found a large following around the world.

Barnabus always took his role as a mentor seriously and encouraged young sculptors to cherish their authenticity. He once said, “To the new generation of Inuit carvers here and across Nunavut I recommend carving however you want, not like the white man tells you – remember you are an Inuit. ”

During her career, the artist has participated in more than 100 group and solo shows in Canada, the United States and abroad. Today his works can be found in important collections, such as the Prince of Wales Northern Heritage Center, the University of British Columbia Museum of Anthropology, the National Gallery of Canada, the Center of the Dennos Museum, the Canadian Museum of Civilizations, the Peary-MacMillan Arctic Museum and much more. 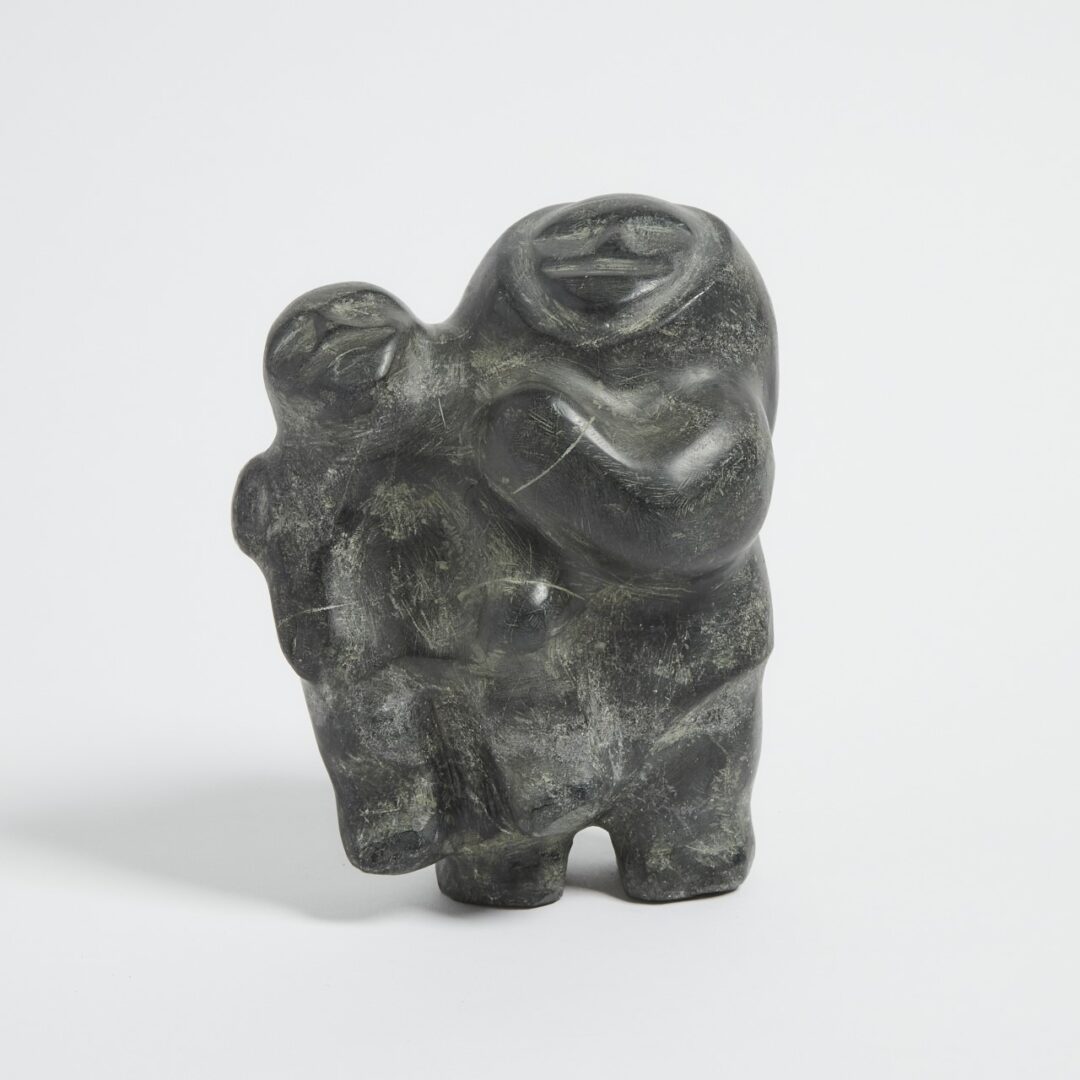 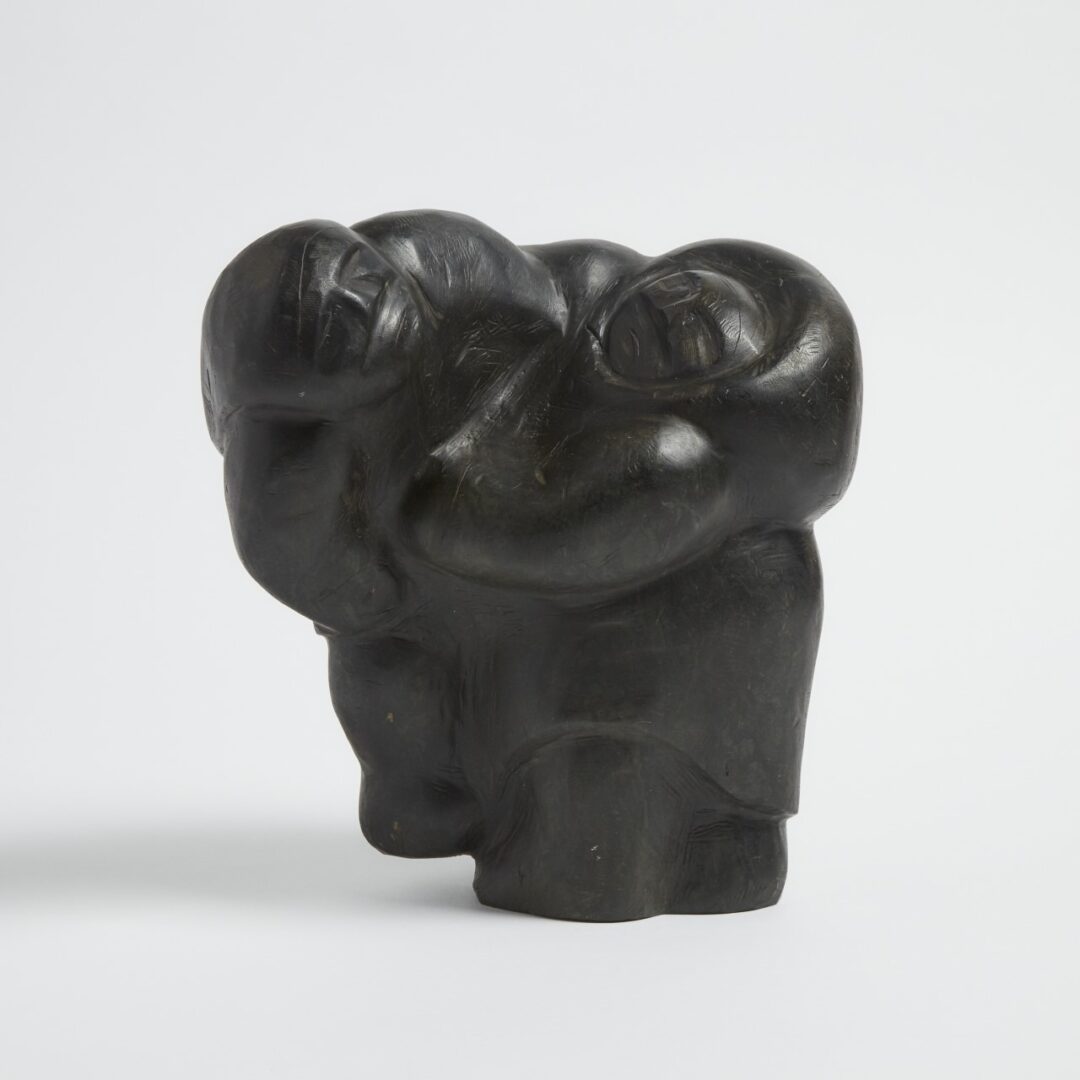