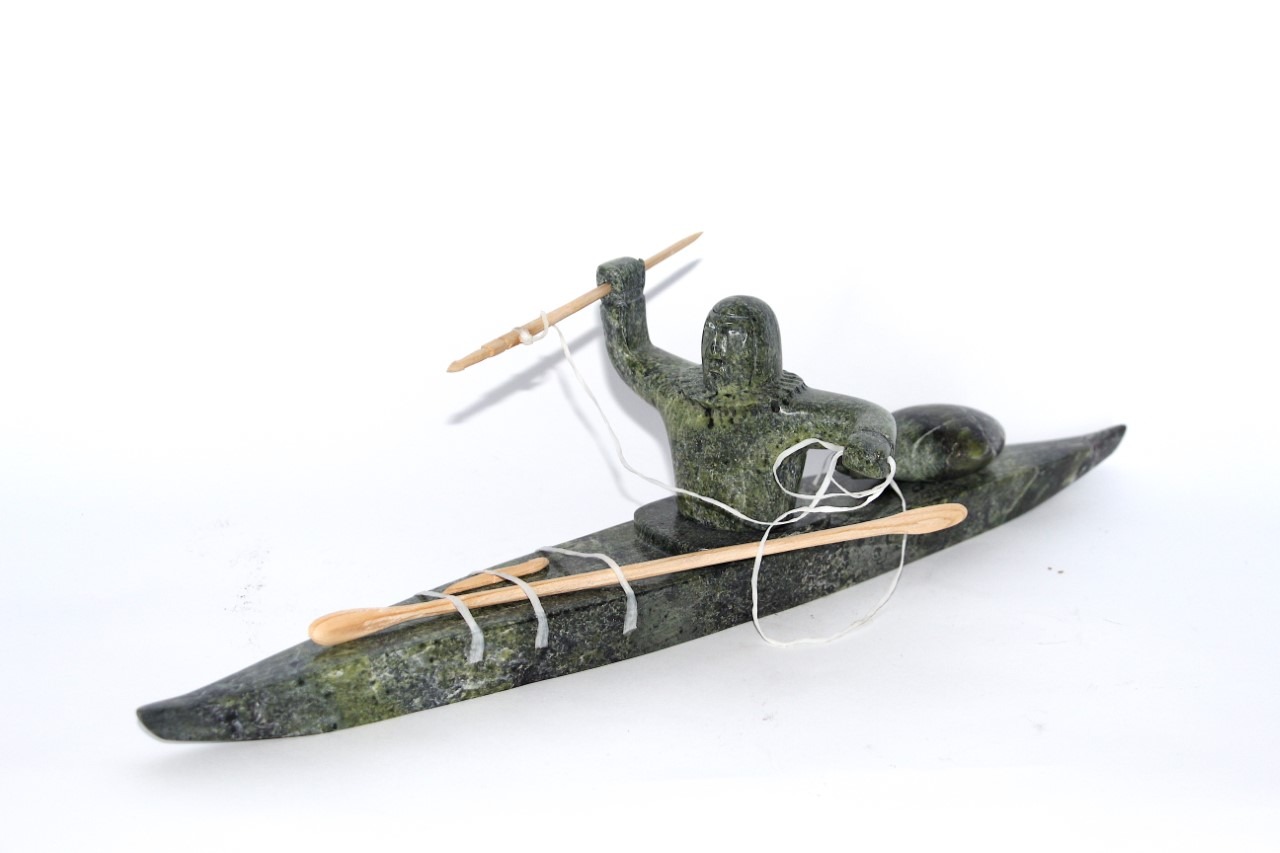 Noah Jaw is the son of Mathew Saviadjuk, a well respected and versatile Inuit carver. Noah learned to carved primarily from his father in the traditional way; by watching him carve. Nowadays, the artist excels at carving the Inuit hunter in his Kayak, which often includes many ropes of leather, small tools and spears carved from bone and antler.

The artwork of Noah Jaw has been exhibited in Vancouver, Toronto, New York City and Germany. 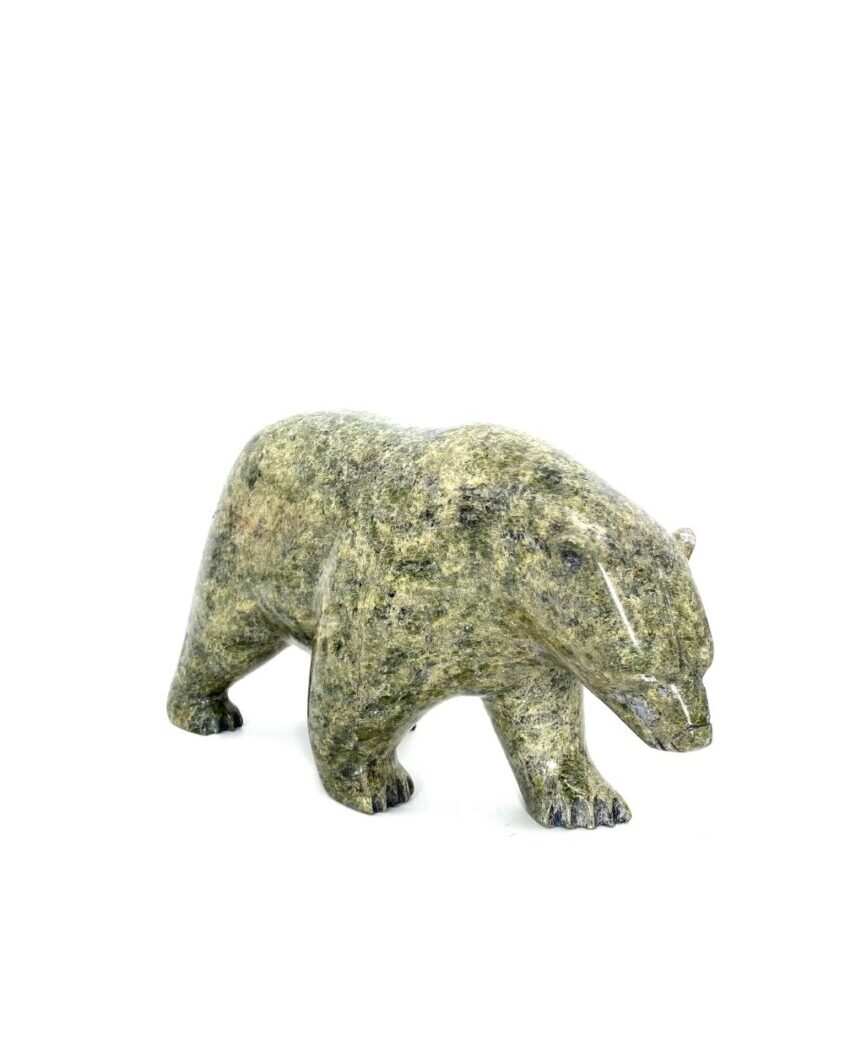 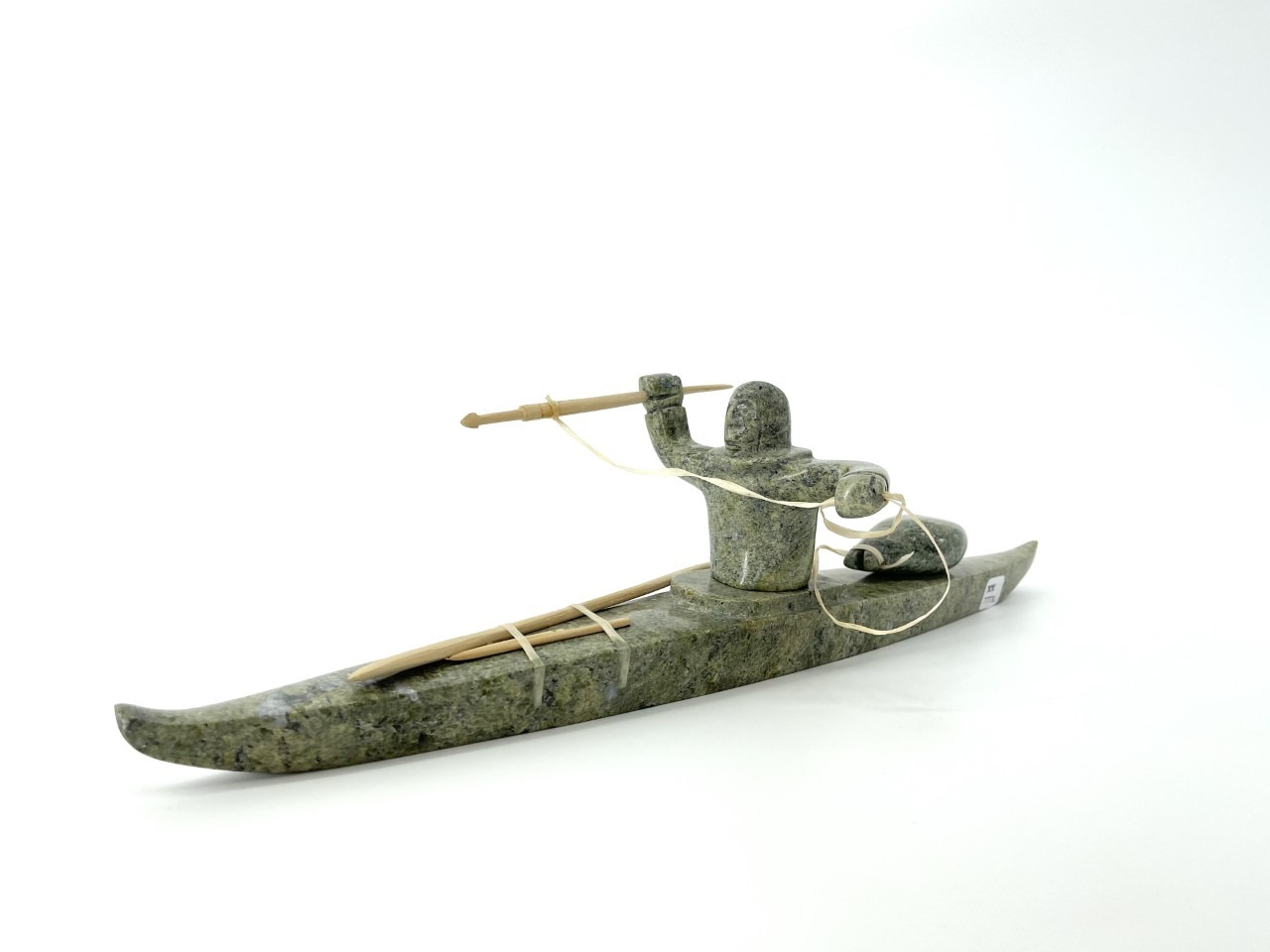