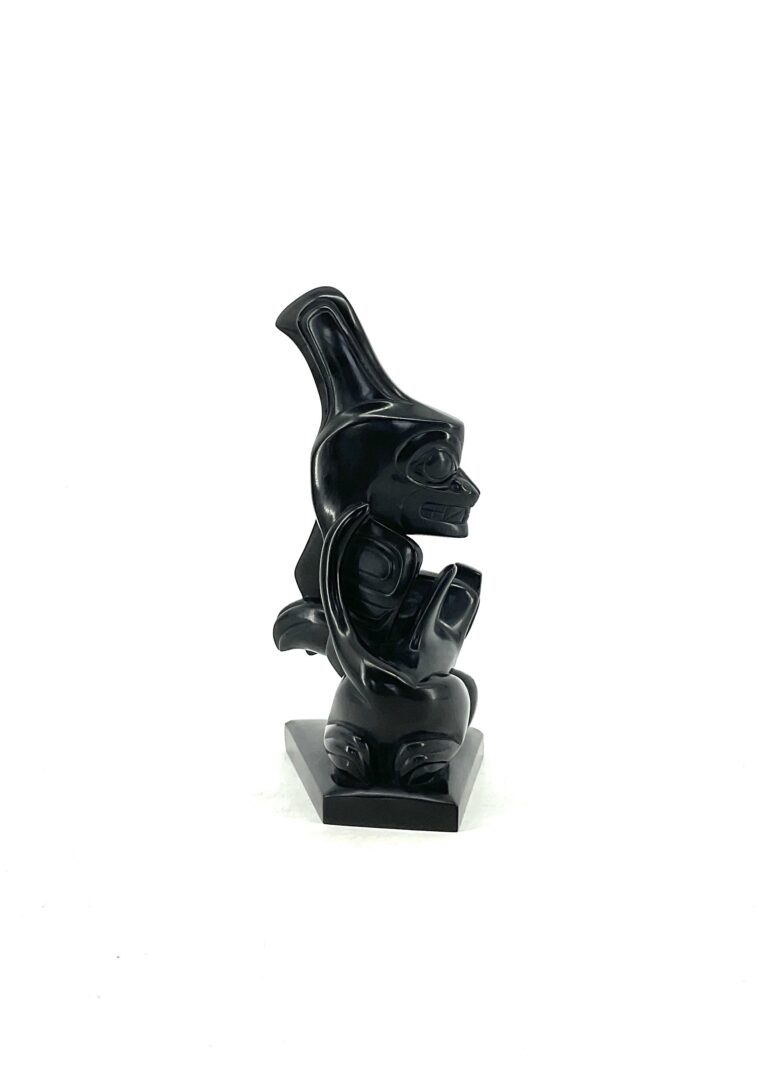 Gryn White, also known as Duugwi, meaning “strong Haida”, is a young Haida carver who descends from an impressive lineage of Haida artists. It is to this legacy that Gryn feels a deep sense of duty and responsibility.

Gryn began carving argillite in his early teens, helping to rough out pendants for his father. After high school, he moved to Vancouver, where he attended college and took fine arts courses in design and art history. He was particularly impressed with learning about contemporary art.

-“There’s so much to learn from the old style designs, I want to create contemporary Haida art within these traditional boundaries. (…) I want to honour and feel continuity with the past.(…) I want to contribute to the continuity of Haidy are, not dilute its power. I’d like my work to be seen as staying true to its origins.”

Gryn first started carving professionally in 2002. Nowadays, the artist works with a variety of media. He is especially well known for his argillite carvings. As a perfectionist, Gryn continues to refine his process.

Gryn describes feelings connected to the stone; the Chuck of argillite usually influences how he approaches the piece and what images he incorporates in sculpting it. His style is one of meticulous blends of two and three-dimensional design.

Identity and meaning, tradition and legacy are combined in Gryn White’s sculpture. His art connects him to Haida Gwaii, to respect and appreciation for the people, land and animals of his island home. He values the richness of Haida history and culture; through his artwork, he conveys those values to a world hungry for meaning.