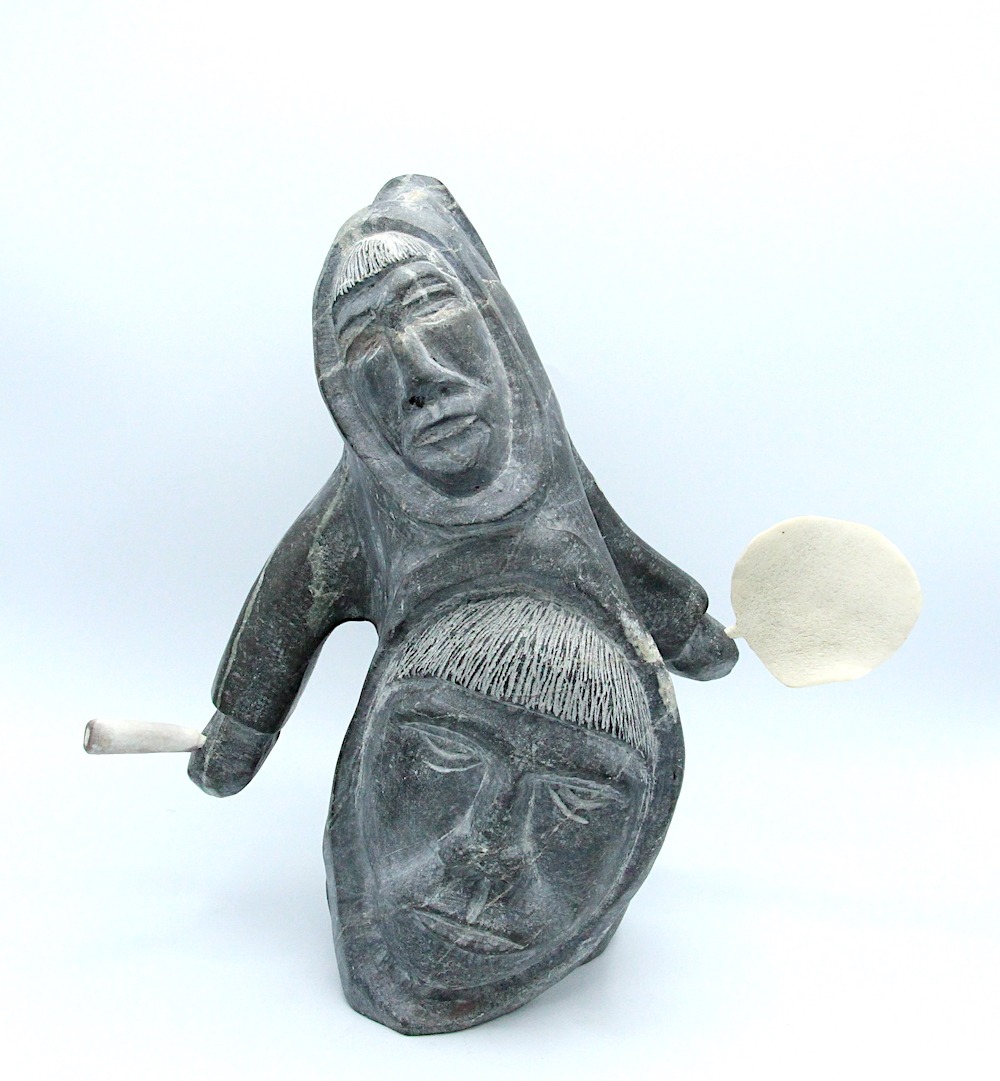 Leo Napayok spent the majority of his youth between the towns of Salliq (Coral Harbor), NU and Kangiqliniq (Rankin Inlet), NU. Both of his parents were also artists and he began his creative practice at a young age. For much of his career, Napayok has worked as a carver in soapstone, antler and ivory. More recently, he has moved to working in ceramics, collaborating with fellow artists at the Matchbox Gallery in Kangiqliniq. Napayok is known for using a low-level relief carving technique on the ceramics, resulting in a new style previously unseen.